The parameter of a two-point controller is the setpoint and the switching hysteresis. The sensor signal is an input signal but not a parameter. 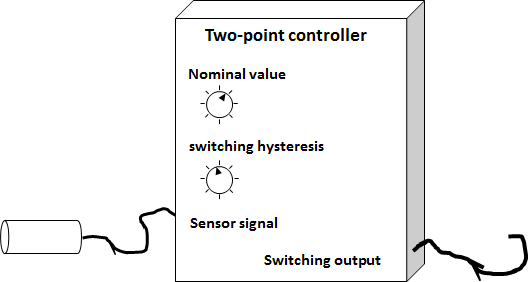 Work order: Programming of a software Two-Point Controller with PLC

First you make an overview of the necessary components and how they may be connected to the PLC. In the following a Siemens PLC, more precisely CPU314 is used. The addresses of the inputs and outputs can also be modified via the HW configuration. 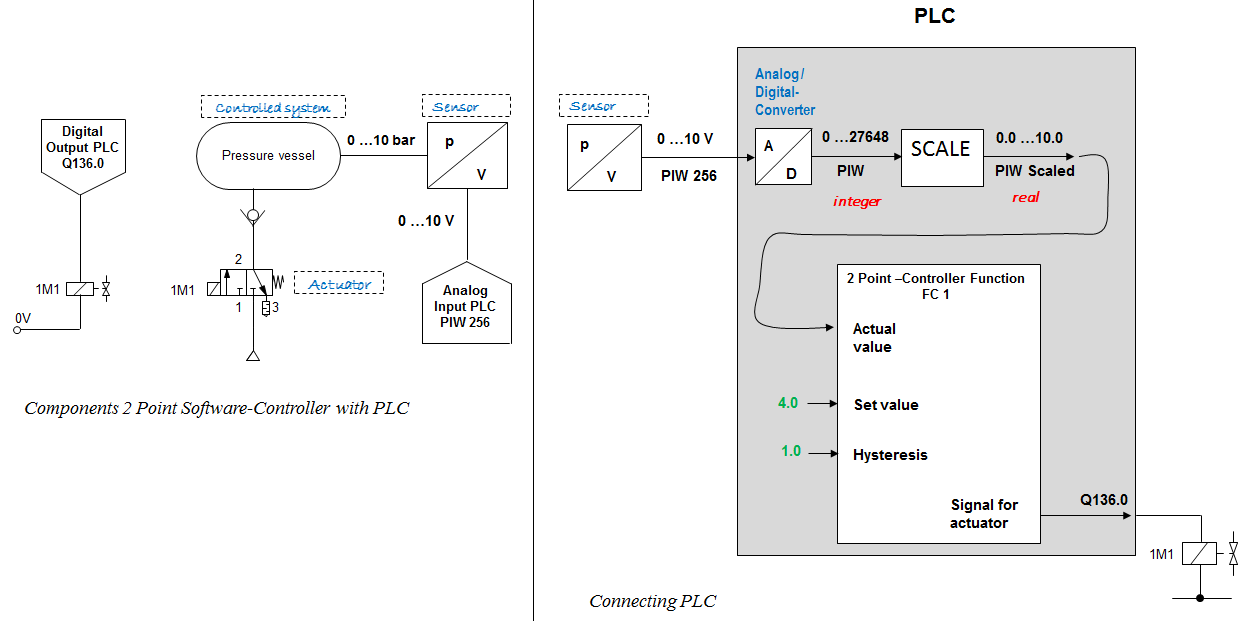 If all the necessary components are available and the required PLC inputs or outputs are not yet connected, you cab begin to plan the program. In order to get at an algorithm at all, you should know how determine the Turn-on and Turn-off points. 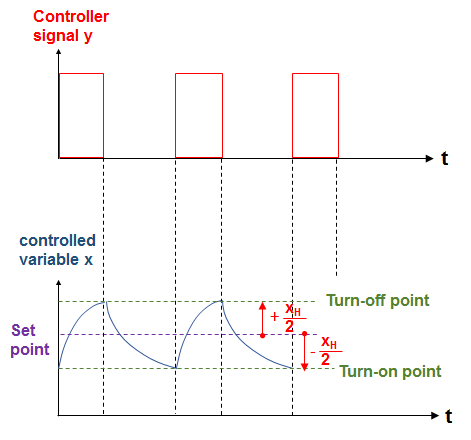 The flowchart and the structogram (also referred to as the Nassi-Schneider diagram) are used in particular to describe the program sequence: 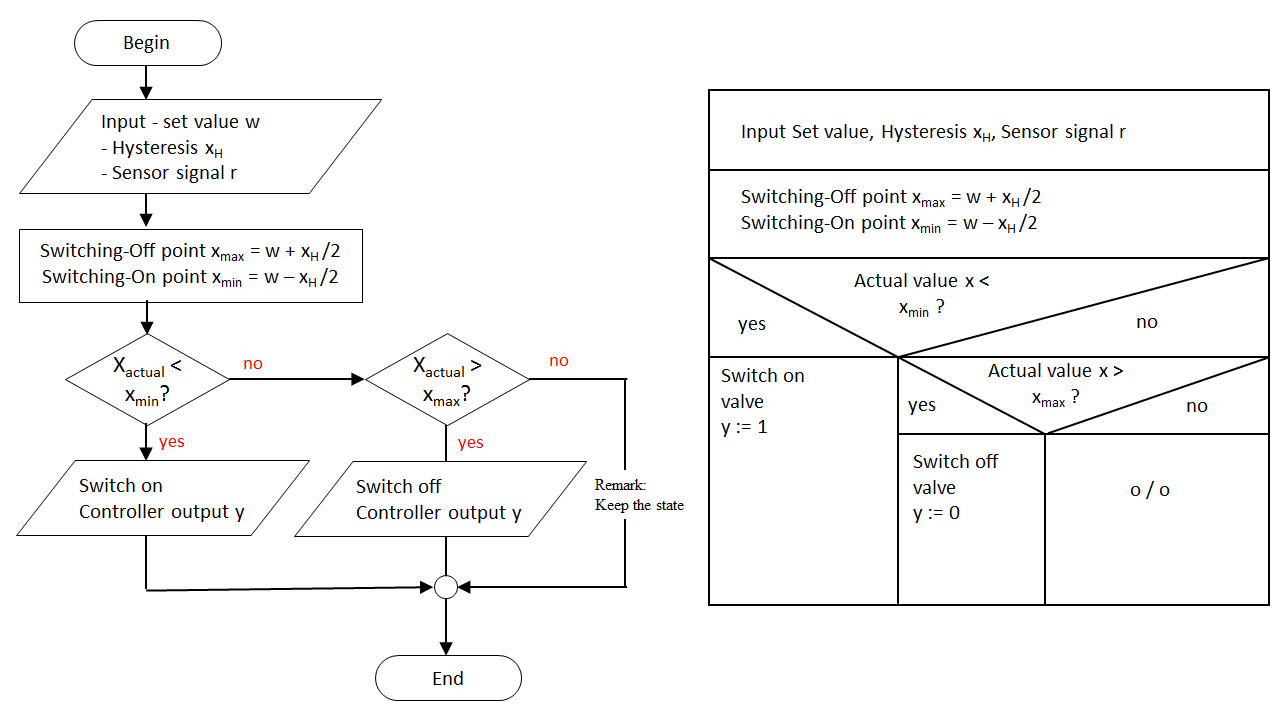