Examples of analog controls: speed control, positioning control, torque control, voltage control, etc. What do all these controls have in common? They control a fast reacting system!

Block diagram of a PID control

Let us explain the function of a PID controller in this video:

Principle: A voltage jump of ideally 1V is applied to the input of the controller. The parameters of the controller are determined by means of the step response. We regard the P, I and D shares on their own:

Although a P-controller reacts immediately, a pure P-control has a permanent control deviation!

Determine of the parameters for the I-force:

Since the output signal of the I-force constantly changes during a control deviation, you would relate the slope of the I-force to the input quantity e:

The unit of this integral gain KI is 1/s. Because this parameter is hard to understand for the user you would use the so-called Integral time, which represents the reciprocal:

To tell it in a few words: TI is the time until the output equals the level of the input signal.

The differential-part also serves for optimization. With its force, the controller reacts to a change of a control deviation very quickly. It also dampens the oscillation of the control.

The D controller reacts to a change in the control deviation! Problem: No parameters can be derived from the step response of a D controller. Trick: As input signal we use a ramp:

Determine parameter of a D-controller

Exercise: Step response of a PI-Controller

Empirically, you have set the PID controller as best as possible with the following parameters:  KP = 1.5, Ti = 0.002 s

A voltage jump of 1 volt is applied to the input of the controller. Complete the step response of the P- and I-force as well as the combined PI controller on the solution sheet. 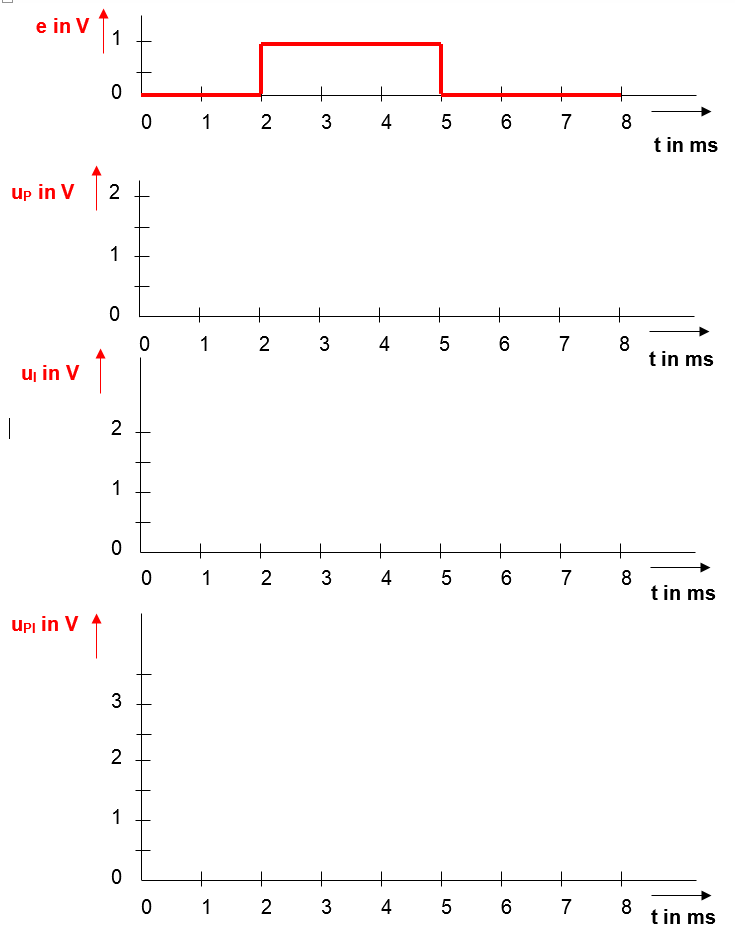 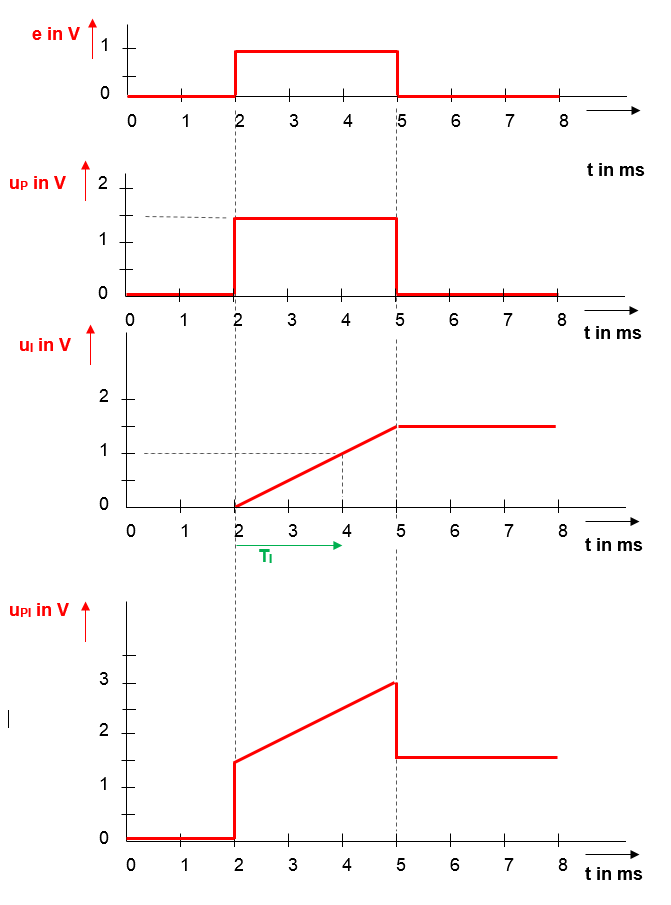