Energetically, RFID transponders can be divided into three groups: 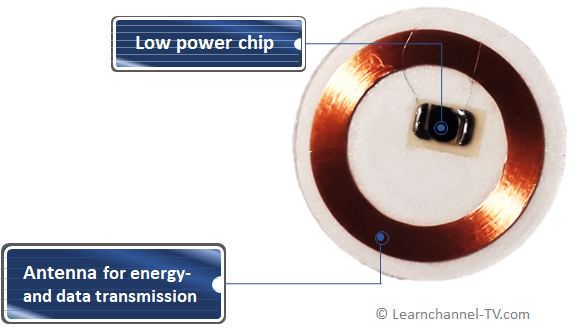 RFID - Function of a Passive Transponder

Semi-Active RFID transponders have their own operating energy source. This serves to supply the logic part (controller, memory). The high-frequency part, which is used for data transmission to the RFID read / write unit, is still obtained from the electromagnetic field.

Active RFID transponders have their own operating energy source as well as their own transmitter. The electromagnetic field of the RFID read-write device is used exclusively for data transfer and no longer for additional energy transfer.

The transponder is normally in so-called "sleep mode" and is only activated by the RFID read-write unit when a data transfer is to take place. This can increase the service life of the transponder's battery up to several years.