Coordinates of a robot system

For the programmer, various robot coordinate systems are available, which can be used to determine for example  the position and orientation of the TCP much easier, to get the geometry of a workpiece, etc. 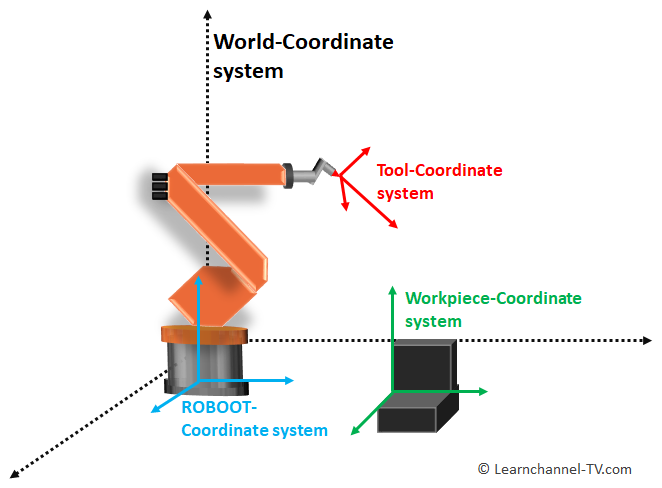 The ROBOOT-Koordinatensystem is a cartesian coordinate system, which has its origin at the footprint of a robot. It describes the position of the robot regarding the World-coordintes.