The funcioning to reduce the speed of f.e. a piston is simple: Reduce the diameter of the working line in order to reduce the flow rate of the compressed air. The components therefor are:

How throttles are to be installed

In general, throttles should be installed in the outlet side, so that the "stick-slip effect" (stick = English slip) is reduced. When using double-acting cylinders, there are two options: Either throttle check valves in the inlet side (Figure 1) or simple throttles mounted right on the vent connexions of the valve (Figure 2). The latter is mainly used in valve terminals.

With single-acting cylinders remains only the possibility to install the throttle in the inlet side. However, since this also is the outletside while the cylinder is retracting, a throttle check valve is to be used.

Pneumatics how to install throttle valves

What is "Stick-slip effect"?

An example: The cube on a moving belt exerts a friction force. The stick-slip effect is caused by the difference between static and dynamic friction.

6A1: Different outward motion speeds within a single stroke

A cylinder with a stroke of 30 cm should run throttled the last 10 cm before reaching the front end position. The retraction should be unthrottled. 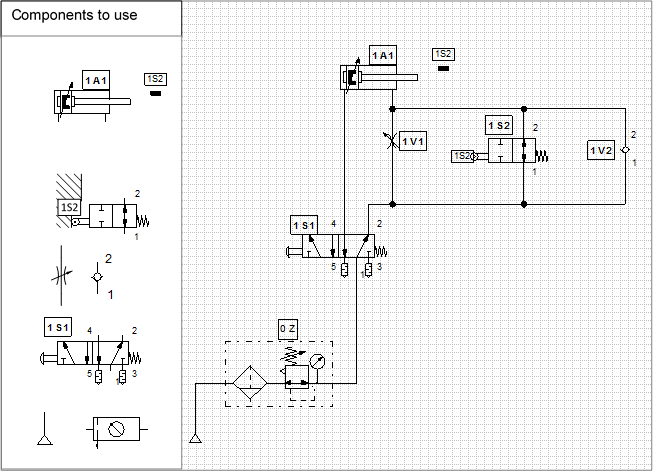