Why a color code for electrical resistors?

While the resistance value can be printed on large, high-power resistors, small resistors do not provide space for writing. Therefore, marking with colored rings was introduced for them.

Meaning of the colors in the resistance code

The color rings are used to indicate the following values:

Resistance value in ohms– 2 or 3 color rings, depending on the E-series.

Multiplier: Equivalent to multiplying by a power of ten. This multiplier will basically shift your decimal place around to change your value from mega ohms to milliohms and anywhere in between.

Tolerance: How much can the actual resistance value deviate from the specified value. 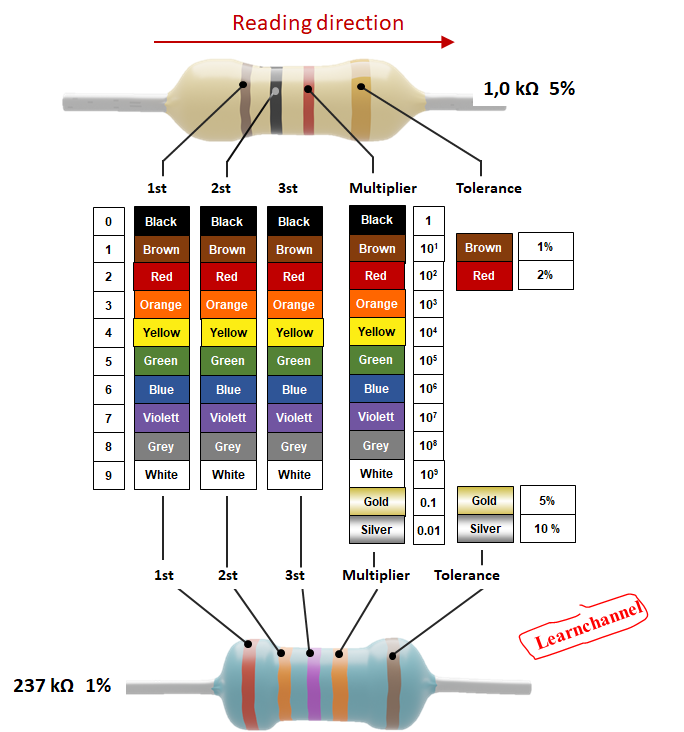 Resistor color code - how it works

Meaning of the E-resistance series:

The E resistor series were developed to make the number of resistor values manageable. 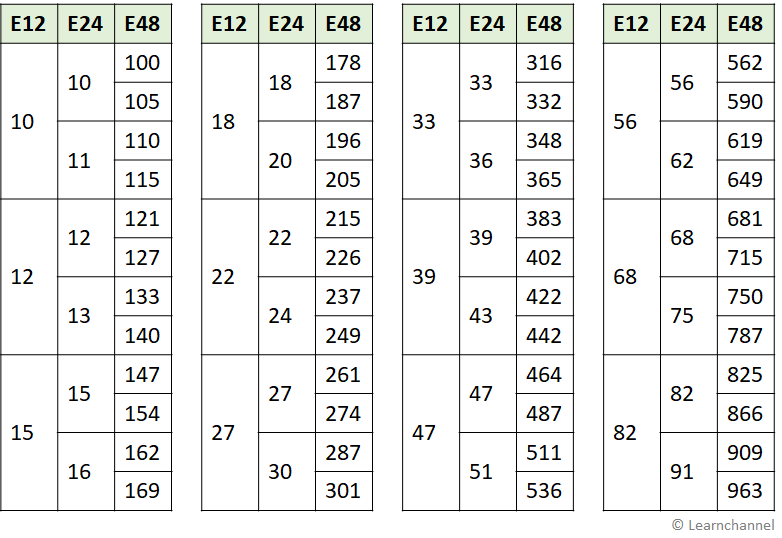 The resistors of the E12 and E48 series have 4 rings (2 rings for the valence, multiplier and tolerance 1 ring each).

In the E48 series there are 5 rings, because 3 rings are used for the number of the valence. You can already see from the table that the resistance values from the E48 series are given as a 3-digit number.

How the resistors get their values:

Each resistor value must be so large that it is larger than the preceding resistor by a certain factor r. This factor r is constant through the whole E-series from resistance value to the next higher resistance value.

Constant distance of the resistance values of the E-series

Formula for r of an E series

This results in the resistance values for the resistors between the powers of ten. 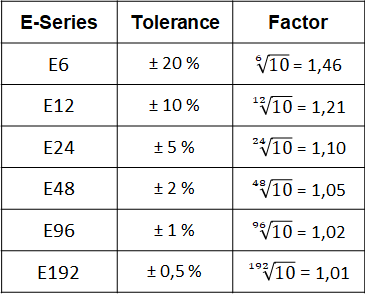