Complex numbers are mainly used in electrical engineering. Just think of the phase shift of inductive and capacitive loads or the calculation of complex resistances. So let´s take the first steps together to understand these complex numbers. 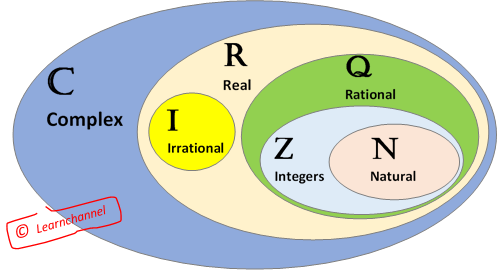 The numbers you can make by dividing one integer by another are named as Rational Numbers Q (Q stands for "quotient"). In other words, fractions.

An Irrational Number is a real number that cannot be written as a simple fraction.

Difference between rational and irrational number

Integers are like whole numbers, but they also include the negative numbers. Zero is also included.

A complex number exist of a real part and an imaginary part: 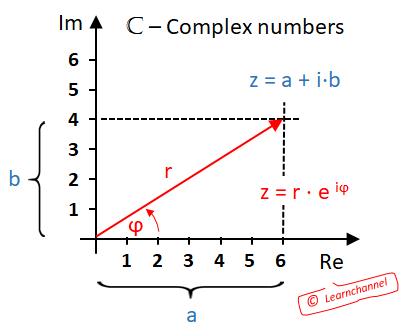 As you can see, all real numbers are also complex numbers with an imaginary part of zero.